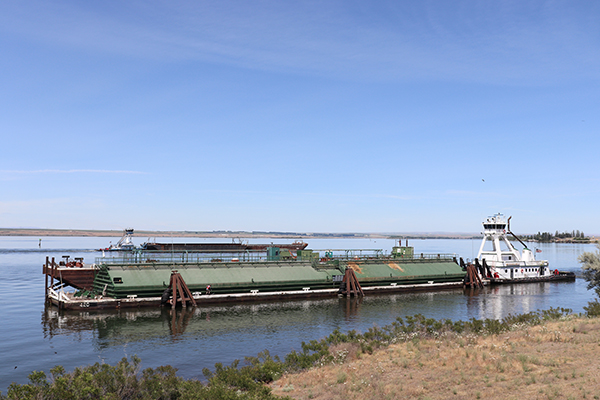 Located in the heart of the Northwest, the Port of Morrow is strategically connected to the world through Columbia River barges, railroads and Interstate freeways.

The Union Pacific Mainline passes right through the Boardman Industrial Park, allowing local industries access to the largest hump yard west of the Mississippi. Connections to the north and south complete the efficient rail hub.

The most economical transportation mode, Columbia River barges put cargo within 24 hours of ocean-going freighters in Portland. Tidewater Terminal in the Boardman Industrial Park is the largest container terminal upriver from Portland.

A central feature of the Airport Industrial Park is the 4,200 foot runway, with the ability to accommodate 727s. Corporate jets and light general aviation aircraft use the airport regularly. We are continually making upgrades to the facility, based on a long-range plan, to better serve local industry needs.